Bradley D. Williams retired in August 2012 from a career as a State Law Enforcement Officer with the Florida Fish and Wildlife Conservation Commission. He maintains his sworn police officer status with Florida as an active Reserve Officer I with FWC. At the time of his retirement, he was the senior ranked Captain in the State and was assigned as FWC's Statewide Mutual Aid Operations Chief and Statewide Special Operations Coordinator. His duties included the training and supervision of FWC's Special Operations Group. He also oversaw the Disaster Response and RECON program, the Air Deployable Search and Rescue (ADSAR) program, the Maritime Preventative Radiation Nuclear Detection Program, FWC's Tactical Aviation program, and Florida's Multi-Agency Waterborne Response Teams. His responsibilities included Disaster, Tactical, and Homeland Security training, planning, and response, Inter-agency training, Command and Control, and coordination of FWC's mutual aid operations in all venues.

He has been a guest instructor at the Federal Law Enforcement Training Centers (FLETC) in Glenco, Georgia and Artesia, New Mexico, and at the FWC Academy in Quincy, Florida. He is an adjunct instructor at the USAF Special Operations School at Hurlburt Field AFB in Northwest Florida. He has trained law enforcement and fire service personnel from across the United States in emergency/disaster response operations. He is a certified Lead Instructor and the National Tactical Program Manager for the National Association of State Boating Law Administrators (NASBLA) Boat Operations and Training (BOAT) program. He is a private consultant and trainer in police operations/administration, physical and dignitary security operations, marine law enforcement, anti-terrorism, and law enforcement operations. He is the Director of Operations and Founder of Marine Tactical Applications Global, LLC (www.marinetacap.com) , a maritime security company offering law enforcement consulting and training throughout the world. He also provides training in law enforcement tactics to state and local law enforcement agencies and Federal, U.S. Military, and Department of Defense personnel throughout the United States. He is also President of DALE GROUP Global, LLC, an emergency services consulting firm that provides services across the U.S.

In 2005 he was named the Honorary Commander for the USAF 16th Special Operations Group at Hurlburt AFB. He has also served as a panelist at the National Security Forum through the United States Air War College at Maxwell AFB. He is a guest instructor in Building Partner Aviation Capacities at The Air Force Special Operations School located at Hurlburt Field, FL. In May of 2010 he was awarded the Florida Governor's 2010 First Responder Award for his work to improve emergency disaster response capabilities in Florida and across the nation. He currently consults with the DHS Domestic Nuclear Detection Office's National Preventive Radiation and Nuclear Detection (PRND) Program as a subject matter expert in law enforcement operations related to radiological/nuclear threats. He holds numerous certifications under the National Incident Management System (NIMS) Incident Command System (ICS), and a Department of Justice, Secret Security Clearance.

Captain Williams is active in the community having been a volunteer firefighter for 40 years. He currently serves as Deputy Chief of the Florosa Volunteer Fire Department.

He is also a Board Member with Military Machines of American Freedom, Inc., a non-profit 501(c)(3) charitable organization based in Quincy, Florida. Their mission is to educate the public regarding the use, contribution, and history of the vehicles and aircraft used by our American military forces with emphasis on recognizing our military veterans for the sacrifices they made and continue to make for the freedoms cherished in the United States.

Join us on LinkedInfor news and current events! 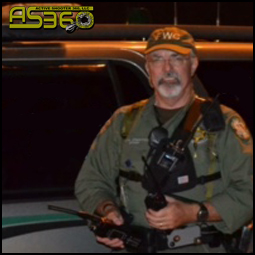 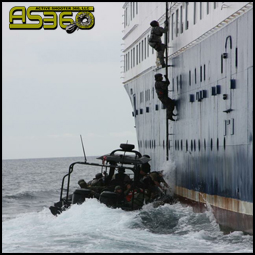 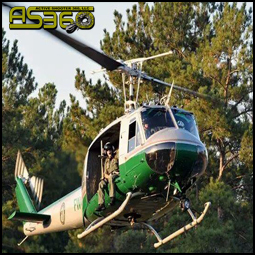